With Pokemon Emulator, you can play classic Gameboy, Nintendo DS, 3DS, N64, or other Nintendo console games on an Android phone, computer, or any other device.

It is essential for a Pokemon Emulator to correctly support the RTC is required for time-based events in Pokemon games unless you will not be able to catch nocturnal Pokemon.

However, all Gameboy emulators may not support the pokemon games; that’s why we tested some of the best pokemon emulators to play pokemon games on your device.

You should checkout these also;

RetroArch is  a free and one of the best pokemon emulator working as a frontend in the emulator’s world.

You can also have this emulator on a variety range of computers (It works well with Windows, MacOS, Linux, Android, iOS, Raspberry Pi) to play classic, pokemon games. It also has customizable setting ROMs.

Project 64 – N64 is a most versatile and must-have pokemon emulator that works on Linux, macOS, FreeBSD, Android, also on Windows. However, as an open-source, project 64 always stay up to date for a better gaming experience.

The retro gaming community also enables users to manipulate the code to make their own emulators.

In addition, the emulator has basic features, supports multiplayer, and allows alternating the aspect ratio without cropping or drop in quality.

No$GBA is one of the lightest emulators for a pokemon game or other games. It works well with Windows 10, Windows XP, and MS-DOS.

DeSmuME is one of the old Pokemon emulator that works well with iOS and Windows and comes with advanced features.

The interface of the emulator display lot of information such as lag counter, FPS, controller, microphone, and more.

However, gamers are able to record their gameplay directly with a hotkey in AVI and WAV format in this emulator.

In addition, DeSmuME has an extensive range of GPU settings that utilize every measure of power from your computer’s graphics unit.

TGB enables you to play two games simultaneously and allows users to exchange Pokemon between Red and Blue, Gold and Silver, etc.

With the external controller of the game, gamers can play two games at the same time.

NeonDS is a free and light pokemon emulator that works well with windows only. It was one of the first DS emulators that allow you to play DS games on your computer.

However, this emulator enables gamers to play some commercial games easily. The DS was the first portable console to offer two screens, with one of them being a touchscreen.

OpenEmu is a free multi-system game emulator designed for macOS.

This emulator has a plugin interface to emulate various consoles’ hardware, such as Genesis, Game Boy, the Nintendo Entertainment System, and many more.

In addition, the architecture allows other developers to manipulate and add new cores to the base system without accounting for specific macOS APIs.

Citra is an open-source for the Nintendo 3DS designed to work with Windows, macOS, Linux, and Android. It is also licensed under the GPLv2.

Gamers can play almost all homebrew games and many commercial games. Citra requires OpenGL version 3.3 or later to run.

In addition, because Citra does not work well with older PCs, gamers need to run the emulator on a decently powerful x64 or ARM64 CPU.

Dolphin emulator is an open-source video game and works well with Windows, macOS, and also Android. However, you can play the best GameCube games and the best Wii games if you have a Dolphin emulator on your device.

Even though this emulator requires ample space and a support system, it’s reliable and has a smooth output on suitable machines and customizable settings.

Is DeSmuME a virus?

No, DeSmuME is entirely free from malware spyware, trojans, worms, or other types of viruses.

Can I use pokemon emulators for free?

There are several emulators available on the internet, and most of them are free. You can use free emulators to play games if you do not want to pay money.

What Is the best Pokemon emulator?

Many emulators are available, but some of them work great for gamers, such as  RetroArch, Project 64, No$GBA, DeSmuME, TGB Dual, NeonDS, OpenEmu, Citra, and Dolphin. 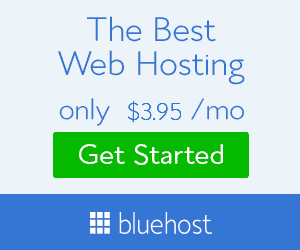