Unfortunately, when I have installed my WordPress theme then there was no blockquote styling. So, I have done it my self and sharing my experience with you all. Because I have good knowledge of CSS so it was not a tough task for me. But there are some people who do not have knowledge of CSS and they are also afraid of codes so for that people I am also sharing the codes which I have used on my WordPress site. If you have some knowledge of CSS then you can also customize it according to your needs.

Steps for Customize Blockquote in WordPress

1. First of all, go to Dashboard>Appearance>Editor>Style.CSS

2. Then search for blockquote (Press ctrl+F and enter blockquote) and you can also search it manually.

As I earlier said that blockquote doesn’t have any styling in my theme ( As shown above). 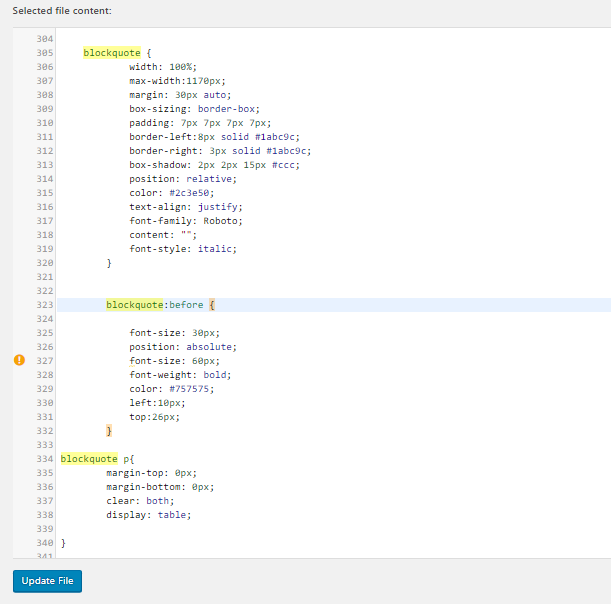 This is the output sample of the blockquote styling for the below codes.

Now you can use blockquote with above mention style and for changing according to your need you should have knowledge about CSS.

Note: Sometimes it will require some change in the code to get the exact Blockquote as I am having. It depends on your theme, If you are getting any issue you can comment below or mail us.